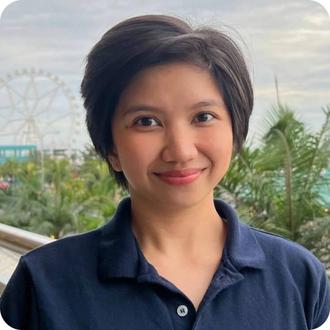 Chrisse’s journey to becoming a CPA has been anything but ordinary. Growing up with a broken family in the Philippines forced her to make an early step into adulthood. As a 2nd grader, she was already cooking, doing the laundry, and other chores that would be uncommon to assign to an 8-year old. Aro

Chrisse’s journey to becoming a CPA has been anything but ordinary. Growing up with a broken family in the Philippines forced her to make an early step into adulthood. As a 2nd grader, she was already cooking, doing the laundry, and other chores that would be uncommon to assign to an 8-year old. Around this age, she discovered a love for math through selling food and drinks at school, leading to her being one of the top math students in her city. This early traction lead her to enroll in a bookkeeping course during high school where she ultimately set her sights on becoming a CPA. And, as it turns out, she wasn’t the only one in her family with this same goal. She ended up spending most of her time in college studying accounting with her older sister. They ended up both graduating the same year. She passed all of her CPA exams shortly after her undergrad studies, which she noted was pressure-packed due to trying to live up to the success of her brother and sister in various professional services careers.

She started her career as a Tax Associate in one of the “Big 4” accounting firms. Taxation was one of her favorite subjects in college, but she never envisioned herself working in tax due to the vastness of the subject matter and the intense workload to be endured at a big, international firm. The main reason why she ultimately chose tax was exactly for that reason; it challenges her. The work requires never-ending learning along plenty of responsibility and room for growth.

Aside from being an accountant, she spends the remainder of her time and energy taking care of her baby daughter, Ysabella Chloe, and being a “cool” wife for her partner, Jesse. She’s all about family; it’s where she derives her vest for life. As she explains, “I guess it’s also one of the effects to me growing up in a broken family.” Whether a broken family or a broken tax return, her life’s work is to improve the lives of those around her.