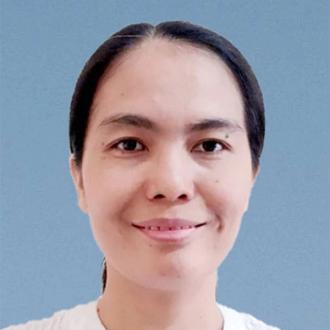 Josephine is an efficiency machine. She learned the importance of being organized and building tools and templates for automation during her time spent in the banking industry, handling the general ledger in Oracle for the Head Office. There simply was no way the transactions could be categorized co

Josephine is an efficiency machine. She learned the importance of being organized and building tools and templates for automation during her time spent in the banking industry, handling the general ledger in Oracle for the Head Office. There simply was no way the transactions could be categorized correctly and timely without a streamlined process. On the downside, however, the job became less stimulating over time as the machine she built ran itself.

Seeking growth opportunities, she decided to take a job overseas from her home in the Philippines. With an understandable amount of anxiety about integrating into a new culture, she was relieved to find most of the people she interacted with to be warm and kindhearted. What’s more, she felt their trust and belief in her as she was given many opportunities to grow professionally. And, grow she did. While there, she handled all things compliance for a number of startups. Everything from GST registration to payroll, to opening bank accounts, implementing accounting software, setting up the chart of accounts and preparing the monthly accounting and corresponding with government agencies and external auditors. By the end of her tenure there, she felt like she had a second family. A tenure that was cut short by the pandemic. Fortunately, when that door closed, a new one opened for her at Dark Horse, where she’s confident she’ll build a third family.

Outside work, she enjoys spending quality time with family, most notably her six-year-old son. Witnessing the wonders and discoveries of life through his eyes is something she loves. She is dedicated to building a library of great memories for him that he can hold on to for the rest of his life.