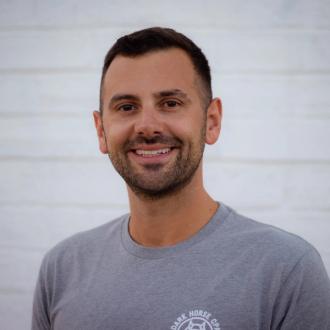 To be successful in public accounting, one must adopt the mindset of a marathoner versus that of a sprinter. The sprinter will take an early lead but they fail to account for the remaining 26 miles in front of them. Eventually, they burn out within the first couple of miles and are passed by those w

To be successful in public accounting, one must adopt the mindset of a marathoner versus that of a sprinter. The sprinter will take an early lead but they fail to account for the remaining 26 miles in front of them. Eventually, they burn out within the first couple of miles and are passed by those who are playing the long game. Accordingly, it’s no surprise that someone who runs as a hobby would understand this innately. And it’s no surprise that they would be around for the long haul. At the risk of stating the obvious, such is the case of Matt Lynch.

Matt began his career at a construction company. And, no, he wasn’t wearing a hard hat but rather a green eyeshade visor, metaphorically speaking anyway. There, he learned a lot about not just construction but small business in general. There, he was able to apply his education to the real world. And there, he discovered a love for and proclivity toward problem solving. Thereafter, he moved into public accounting, earned his CPA and increased his exposure to a wide variety of SMBs.

When he’s not problem solving or training for a mental or physical marathon, you’re likely to find Matt in the great outdoors…either golfing, backpacking, camping, or exploring nature. It’s this connection to the world outside his office that renews his mind, body and spirit and allows him to continue to play the long game. He’s also got a pretty good short game too, pun intended.