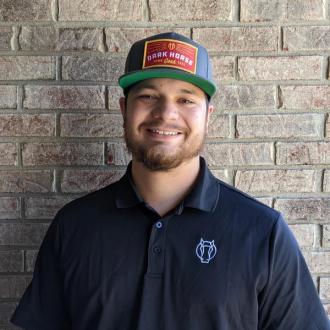 Everyone knows aspiring actors work as waiters and waitresses in Los Angeles. Maybe more under the radar is that an aspiring technologist would work as a barista at a coffee shop. In reality, that’s not really a thing, but such was the path of Noah Czereszko. Noah has a knack for customer service, w

Everyone knows aspiring actors work as waiters and waitresses in Los Angeles. Maybe more under the radar is that an aspiring technologist would work as a barista at a coffee shop. In reality, that’s not really a thing, but such was the path of Noah Czereszko. Noah has a knack for customer service, which did not go unnoticed by one of his customers who, once he realized Noah had a degree in Computer Science, was quick to recruit him onto his team serving Bartholomew County in Indiana.

Thus, Noah began his career in technology as a system admin. He was able to make up for a lack of experience through his skills in coding and willingness to get his hands dirty and dive into any project sent his way. This knack for drinking out of the firehose to learn and absorb as much as he could caught the eye of a different employer who was recruiting for his own team at Dark Horse…Hao Dong.

When not supporting Dark Horse CPAs’ IT needs, creating automations, or just plain saving the day, Noah can be found tending his garden, backpacking, or writing or reading fantasy and horror novels. A bit of a Renaissance Man, you might rightly conclude.