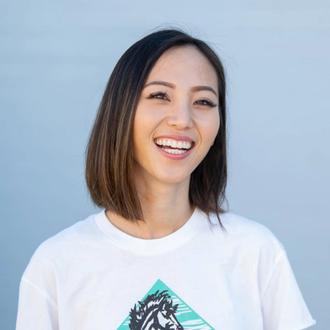 Like other Dark Horse CPAs, Stella started her career at a Big 4 accounting firm. However, that she’d find herself a Dark Horse CPA may not have been as predictable. Stella was born and raised in Seoul, Korea. As she was just about to complete a degree in political science (literally in her final se

Like other Dark Horse CPAs, Stella started her career at a Big 4 accounting firm. However, that she’d find herself a Dark Horse CPA may not have been as predictable. Stella was born and raised in Seoul, Korea. As she was just about to complete a degree in political science (literally in her final semester) at Sookmyung Women’s University, she made a bold move by dropping out and transferring to Angelo State University to become an exchange student. To further expand her horizons, she opted for this small college in a small town because it was so different from the big city and college she had left. In the U.S. of A, she discovered two things that she now loves, her husband and accounting. While the former might have been expected, the latter… maybe not as much.

After a tour of the Big 4 and Fortune 500, she realized she wanted to start her own practice, focusing on small businesses instead of the large ones she worked for until that point. Some might point out that these moves from big to small have been a theme for Stella. Dark Horse CPAs, oddly enough, has that exact focus and the tools she needed to start her own practice. Seizing the opportunity, she left corporate America behind to become a Dark Horse.

When not balancing the books or crafting strategic tax plans, Stella can be found outside hiking, camping, kayaking, etc. In fact, you might spot her at a national park, as she has it on her bucket list to go to all national parks in the U.S. Or, she might be taking her Great Pyrenees/German Shepard named Cooper for a walk around the block. By night, you might spot her at the hippest of restaurants, indulging her foodie proclivities.

Stella has been absolutely amazing. I was behind on my taxes with multiple complexities. She was very professional, knowledgeable, responsive, and timely. I cant say enough good things. She will be my CPA moving forward. If your looking for a firm with a personal touch and not feeling like just a number, this is the place for you. Thank you Stella!!!!

Stella has been an absolute super star helping our small business file its tax returns and do our book keeping. She is incredibly detailed, responds quickly and breaks everything down for us so there is no confusion. Once we started working together she drew up a yearly calendar with specific notes/advice for our business for when and what taxes and fees are due, scheduled everything with reminders and explained exactly what we needed to do when and how. We were pretty blown away to be honest, it is a real skill to be able to explain and draw up a plan in such a well explained, logical and easy to follow way. Could not recommend her highly enough!

I had the pleasure of working with Stella and she was absolutely incredible. I had received what I suspected was bad advice from a previous tax preparer, and I was looking for another professional opinion on a specific tax situation. I found Dark Horse and Stella and I couldn't be happier. Stella confirmed what I had suspected about the previous tax situation being handled incorrectly by my former preparer at a different firm, and helped me fix the problem. Stella was prompt, exceedingly professional, and actually took the time to explain everything. Prices for services are fair. I am thrilled to have found a knowledgeable, trustworthy tax advisor and I look forward to continue working with Stella in the future.