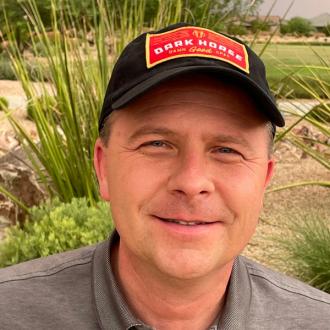 Most CPAs don't begin their career as automotive technicians. Troy Constance is not like most CPAs. He went on to a sales role for a well-known heavy equipment manufacturer before the opportunity to purchase a retail tax franchise presented itself. He and his wife decided to give it a shot, a bold m

Most CPAs don't begin their career as automotive technicians. Troy Constance is not like most CPAs. He went on to a sales role for a well-known heavy equipment manufacturer before the opportunity to purchase a retail tax franchise presented itself. He and his wife decided to give it a shot, a bold move considering their careers up to that point.

Troy recounts being bitten by the "tax bug" during his tenure with this tax franchise and decided he would make a career out of it. But first, he needed to retool back at university, get his accounting degree, get his CPA license, and work for a reputable firm to put him in the best position possible to reach his goals. And so, he set out to do exactly that, earning a Bachelor's in accounting and a Master's in taxation and spending almost ten years at a national CPA firm preparing and reviewing tax returns for businesses and individuals before finding Dark Horse.

Troy's vision was to be the knight on the white horse riding in to save the client from the IRS. Little did he know it was a "Dark Horse" that would eventually be riding to make it happen. Troy has locked into Dark Horse's vision of democratizing the accounting industry.

When not changing the world, or at least the world of accounting, Troy can be found poolside with his wife and two sons enjoying the Arizona sun or on the sidelines of a soccer field (or "football pitch" for the purists out there) rooting for his boys. Troy is also an avid mountain biker and has recently put a different kind of modification on his bike…a toddler seat. Here's to hoping that seat is empty while charging down the mountain!