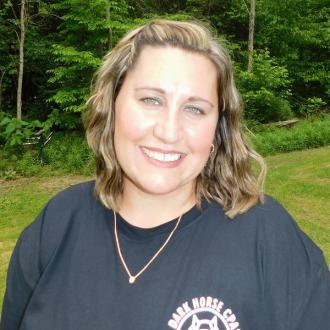 Meet Virginia. That’s a phrase she’s likely heard more than a few times since the band Train released a song with the same name in 1999. But, seriously, meet Virginia. If you’re from her hometown in rural Western Pennsylvania, there’s a good chance you have. In fact, she emphatically states that it’

Meet Virginia. That’s a phrase she’s likely heard more than a few times since the band Train released a song with the same name in 1999. But, seriously, meet Virginia. If you’re from her hometown in rural Western Pennsylvania, there’s a good chance you have. In fact, she emphatically states that it’s a place where “everyone knows each other.”

Virginia has met a lot of people beyond this small town too. She began her career in the tax field, working at a call center for a national tax service provider during high school. Once she met a tax return, however, she realized preparing the tax returns would be more fulfilling work than answering the phones. There she stayed for 12 years before joining Mary Pierce’s team, a move she made to be able to work remotely and advance her career. The fact that it turned out to be a great fit in many more ways than that was the icing on the cake.

Virginia is a morning person, a time when she says she’s happiest during the day. When she’s not helping administrate Mary’s practice, you can find her camping with her husband and two boys, watching her boys’ on one of two stages…as athletes on their high school football team and as performers in various musicals. Now, you have indeed met Virginia.