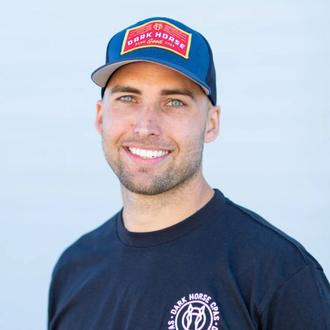 Craig listens. By his own account, he spends most conversations listening twice as long as the time he speaks. To the unacquainted, they might confuse him for someone shy or introverted. To the acquainted, they know that he’s actively listening and taking note of the big things and the small things,

At Dark Horse CPAs, we offer customized financial reporting and winning tax strategies at competitive pricing. From bookkeeping to tax preparation and fractional CFO services, your dedicated CPA can handle it so you can focus on growing what matters to you most. We’re proud to serve Jacksonville, Florida.

Dark Horse is always pushing the envelope when it comes to providing exceptional client service. Having spent 10+ years in the public accounting industry before joining Dark Horse, I found myself finishing every tax season pondering the question, "How can I better serve my small business and personal clients?" Through open collaboration amongst all Dark Horse CPAs and the firm's implementation of cutting edge technology, my decade-old question has finally been answered. I now spend my days answering my clients' questions, not my own, to increase their profitability and decrease taxes.

It's no secret that business owners want to spend a majority of their time on the business, not in the business. By teaming up with Dark Horse CPAs on all (or parts of) the accounting functions of their business, business owners can get out of the weeds and take an aerial view to ensure short-term and long-term success. Through delivering accurate, timely, and meaningful financial data, I provide business owners with peace of mind when using said data to make crucial business decisions.

Being available for my small business and personal tax clients is my number one goal. And, not just during the months, weeks, or days leading up to important tax deadlines, but throughout the year to provide tax guidance and expertise around certain life events or when making major financial decisions. For my clients, being proactive throughout the year ensures that the annual tax filing is a formality, not an unpleasant surprise.

After many years in the real estate industry, Craig encouraged me to set up a PLLC. He walked me through the advantages of a PLLC and how I would be saving money vs as a sole proprietor. He is very responsive and always answers the phone if I have a question that needs immediate attention. He offers to file items for me that would be time consuming and tedious, where for him he knows exactly what to do and do it correctly! I highly recommend Craig @ Dark Horse CPA for all your business and accounting needs.

Craig Trimble is a pleasure to work with. I met him this past year at a local running club in Nocatee and he has been very helpful in assisting with tax questions as our business grows. We hired him for our 2021 tax return and to help us file additional tax documents which should save us a bunch in 2022. Highly recommend.

We have had an exceptional experience with Craig Trimble preparing our taxes the past few years. We were originally with another firm that was very well established, but they didn't seem to put much effort into my account. We sold some land and were looking at paying a decent amount in taxes through the other firm. My wife and I decided to get a second opinion and reached out to Craig to look everything over. I am not overstating when I say he saved us a lot of Money! $17k to be exact. He has earned a life long customer and we have told everyone we know about him. If you need an accountant to do your business or personal taxes, Craig Trimble is your guy! His attention to detail and knowledge of ever changing tax laws is unmatched. His communication is excellent, and the online system he uses to upload all your documents with is very user friendly, which we really appreciated. Highly recommend Craig, you will be glad you called him.

Craig listens. By his own account, he spends most conversations listening twice as long as the time he speaks. To the unacquainted, they might confuse him for someone shy or introverted. To the acquainted, they know that he’s actively listening and taking note of the big things and the small things, the said and the unsaid. He honed this skill by working with small businesses as a freelance web developer in high school. He eventually shifted gears into accounting at the University of Central Florida, where he found his unique propensity towards listening was met by a desire from clients to be heard.

Craig has worked with (and listened to) small businesses and individuals for over a decade. Clients would come to him because they couldn’t get hold of their CPA and, if they did, received advice lacking substance (and accuracy). Desiring to be part of a new wave of accountants that would overtake the swell of the “silver tsunami,” providing a much higher level of client service and pushing forward the profession into the 21st century, Craig found Dark Horse.

Outside of helping small business owners increase profitability and decrease taxes, Craig can be found, well, outside. Running, cycling, golfing, fishing, playing with his boys…just about any verb with an “ing” ending that happens outdoors. He and his wife, Emily, along with their three boys and a Golden Mountain Doodle, reside in Nocatee, where he serves as the Treasurer of Pine Island Academy. Craig exclaimed about his recent move to Nocatee, “it’s the best decision my wife and I have ever made!” Second, potentially, to his move to Dark Horse anyway.