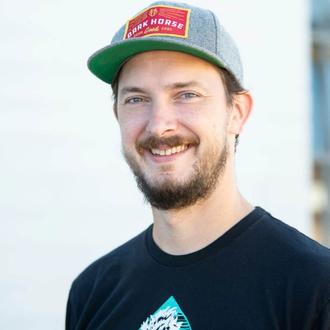 John Warner is a principal at Dark Horse CPAs. His career began working for the “Dark Side” – the (gasp) Internal Revenue Service. After a year of enduring the painfully terrible jokes about the IRS that came about conversationally when John mentioned his employer (example: “You better be careful ab

John Warner is a principal at Dark Horse CPAs. His career began working for the “Dark Side” – the (gasp) Internal Revenue Service. After a year of enduring the painfully terrible jokes about the IRS that came about conversationally when John mentioned his employer (example: “You better be careful about what you say to John because he’ll turn you in”), John decided to put the jokes to rest by entering public accounting at a large national CPA firm, where he spent seven years growing a national tax real estate practice which served large, international real estate investment and management firms.

Throughout his tenure at the large firm, he couldn’t shake the idea that he could be doing more to help small businesses in his own community. This desire to work with small businesses led him to start his own practice catered to the “little guy” – going so far as to set up a firm and start advertising around town. But as usually happens with the best-laid plans, they went out the window when he serendipitously came across a job posting for Dark Horse CPAs. After talking to Chase and Max, the founders of Dark Horse, John realized he had met two guys who were already practicing what he was hoping to preach. Things moved fast – three weeks, some phone calls, and a job offer later, he was on a plane to San Diego to meet the team (his wife being legitimately concerned it might be a “Taken/Hostel/Saw/other scary movie here,” situation. Fortunately, it was not). Since then, John has been living his professional dream, assisting small businesses and individuals to improve their tax and financial position.

John grew up in St. Louis, MO, and still lives there. He went to college at Truman State University, where, within the first hour on campus, he met his future wife, Kendra. John and Kendra have three kids; Will, Annalise, and Patrick – and (usually) they are great kids. John (and Will) are fans of the St. Louis Cardinals and Blues (Stanley Cup Champs!), and since Kendra is a diehard Chiefs fan (she’s from Kansas City), John is more than willing to jump on that winning bandwagon.

When he’s not working or hanging out with the family, John pretends to train for marathons or finds projects to complete around the house on the family’s “fixer-upper.”

To say John Warner at Dark Horse has been an amazing help would be a huge understatement! For me trust and confidence in finance planning is everything. Simply put, John cares. I have had about a million questions over the time of working with John, I have always received immediate assistance no matter the time of day! I truly feel that John and Dark Horse are reliable partners in my personal and business goals.

I had an excellent experience with John Warner preparing my taxes this year. He has the ideal combination of highly detailed knowledge of tax law and good communication skills. The online system he uses for clients to enter info and upload documents is clear and easy to use; the process for entering everything seemed extremely efficient to me. When he was finished preparing my returns, he made a video, walking me through the return, and I found that very helpful. I plan to call upon him again when it's time to prepare returns next year, and I highly recommend him.