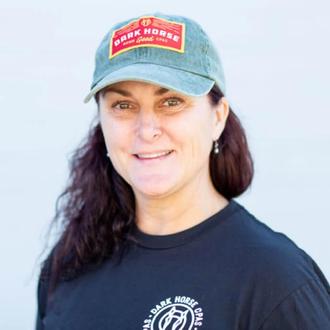 Suzi Drennen joined the Dark Horse team after 25 years of having her own CPA practice and could not be more thrilled with the move. Suzi’s favorite part of the job is working directly with clients and building long-term relationships that go beyond accounting and taxes. Suzi grew up in Southern Cal

Suzi Drennen joined the Dark Horse team after 25 years of having her own CPA practice and could not be more thrilled with the move. Suzi’s favorite part of the job is working directly with clients and building long-term relationships that go beyond accounting and taxes.

Suzi grew up in Southern California after spending her early childhood following her father’s aircraft carrier around the world with her mother and brother. This sowed the seeds of a lifelong love of travel and experiencing other cultures. After graduating from the University of Southern California, Suzi moved to Colorado and excelled as a full-time ski bum and part-time chef before taking the CPA exam.

After bouncing around different corners of the globe (Hawaii, India, a ship that went around the world, and Alaska), she and her husband, Brian, settled in Cardiff, CA, with their family. The family is comprised of two teenage humans Dylan and Cassidy, two dogs, two bunnies, and one horse. When asked how her husband felt about their collection of animals, she reluctantly admitted that she is no longer allowed to visit animal shelters unsupervised.

When Suzi is not providing excellent service to her small business and individual clients, she can be found skiing, practicing martial arts, traveling, or dragging her paddleboard to the beach. She also loves spending time in the sand with a good book (the book doesn’t even have to be that good!).

Suzi has been my CPA for well over a decade, for both my businesses and personal finances - I could not imagine working with anyone else. She understands my business & personal financial goals and helps me manage both effective and efficiently.

If you've been looking for a CPA.....look no further. Suzi Drennen has streamlined and developed a personalized and in depth approach to highlighting my personal and professional financial capabilities. Suzi's attention to detail, experience and up-to-date working knowledge of new tax law has provided me with a high level of confidence and trust in her ability to represent my highest priority, securing my financial future.