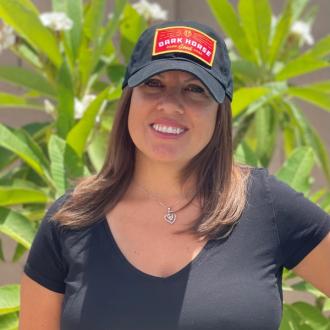 Teresa’s path to working in public accounting was less than linear, to put it lightly. Initially inclined towards accounting from the course she took in high school, she felt differently about the profession and subject matter after taking courses at the junior college level. So, she decided to go a

Teresa’s path to working in public accounting was less than linear, to put it lightly. Initially inclined towards accounting from the course she took in high school, she felt differently about the profession and subject matter after taking courses at the junior college level. So, she decided to go a different route, getting a job in the commercial business loan industry and earning her bachelor’s degree at the same time. And then, life happened, which forced her to take a break and focus on her family.

As her kids grew up and needed her less, she got the itch to get back into the workforce and was fortunate enough to find Dark Horse Principal James Larsen. She knew she had made the right decision and believed that was reinforced when James decided to merge his practice into Dark Horse. Now, she has a large team to learn from and collaborate with at Dark Horse.

Teresa has been married to her husband, Matt, for nearly 20 years and has two kids (Jake and Maddie) as well as two princesses (Princess Peach and Princess Daisy), who also happen to be dogs. Experientially, she enjoys spending time and traveling with friends and family, watching sports (specifically, her Cowboys, Lakers, Suns, and Angels…she’s acutely aware of cheering for two NBA teams in the same conference), and being in the sun. Hobby-wise, she loves listening to music, binge-watching various streaming tv series, building puzzles, playing games, swimming, walking, reading, and, as you may or may not expect, creating and managing budgets.